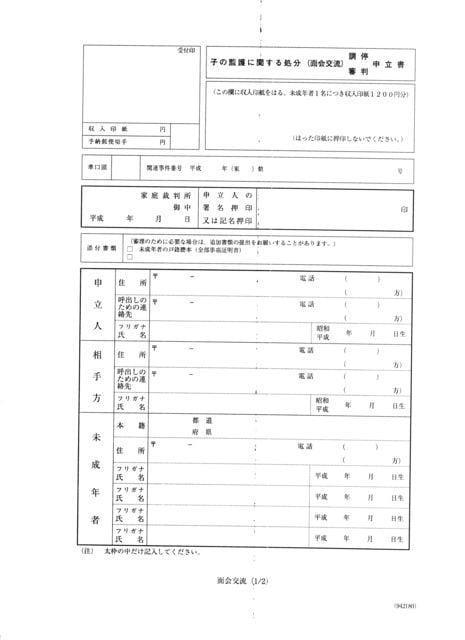 HOTLINE TO NAGATACHO
Japan must end the scourge of parental child abduction
To the government of Japan:


Parental child abduction to Japan has become an epidemic that has received its share of dramatic media coverage this year, and even though many countries have long been pressuring Japan to address this issue, the demands for a solution have recently become more frequent, and noticeably more urgent.

Over the years, ambassadors from Spain, the United Kingdom, Italy, France, Canada, Australia, New Zealand and the United States have all repeatedly called upon Japan to resolve the problem of parental child abduction, but progress has been sorely lacking, resulting in the buildup of international pressure that has finally exploded onto Japan's newspapers and into policy discussions at the Ministry of Foreign Affairs.

In October, envoys of 11 nations plus the European Union (comprised of 27 countries) told Justice Minister Minoru Yanagida that they believe children should grow up while keeping in touch with both their parents, and that Japan should sign the Hague Convention on the Civil Aspects of International Child Abduction, which provides rules and procedures for the return of abducted children. Japan is "considering the matter."

For years, the Japanese government refused to acknowledge that parental child abduction was even a problem, but this issue has finally become too big to ignore. In September, Virginia Rep. Jim Moran warned Japan that Congress "is watching and expecting action." Now the Japanese authorities are, at long last, talking about child abduction to the media and to foreign governments, although they are unfortunately doing so in a highly guarded and disingenuous manner, often with the complicity of the Japanese press, who use "quotes" when discussing "abduction" in order to minimize the "issue."

One of Japan's favorite myths, proffered to justify parental kidnapping, is that joint custody is strictly an undesirable "Western value," and therefore Japan should not have to capitulate by adopting such a peculiar foreign practice. However, since Japan's Asian neighbors — Taiwan, South Korea and China — as well as other non-Western countries, such as Nigeria and countless others, recognize joint custody and also routinely enforce U.S. and other valid custody orders for joint-parenting time, this "Western value" assertion falls flat on its face.

Furthermore, loving one's children and wanting to spend time with them is most certainly not just a "Western" value.

It can be very frustrating to navigate around the Japanese facade (tatemae) of ridiculous parental child abduction excuses, but with the U.S. Congress recently condemning Japan for its complicity in the child abduction problem (by a landslide vote of 416 to 1), and with President Barack Obama's visit to Japan approaching, it seemed timely to provide a few insights.

• Excuse #1: It is Japanese culture for the father to forget about his children after a divorce.

It is presumptuous and embarrassing for the Japanese government to argue that it is "Japanese culture" to care so little about one's own flesh and blood — that Japanese fathers want to have nothing to do with their kids after the breakup of a marriage. Japanese parents, fathers included, love their children immensely, and samurai warriors used to literally fight wars over the safety of their eldest sons.

The real indigenous cultural problem here is that it is a feature of Japanese culture not to openly complain about clearly unjust or irrational rules, regardless of their dire consequences. The Japanese even have a popular word for this forbearance principle: gaman.

• Excuse #2: The abducting Japanese parent should not have to submit to the whims of the "foreign" United States government.

Actually, most of the abducting parents voluntarily brought these so-called whims of the U.S. government upon themselves when they went through the process of acquiring their U.S. green cards and establishing themselves as U.S. permanent residents. So this excuse has no merit. The abductors signed documents in which they voluntarily agreed to abide by the laws of the United States, but instead they laughed in the face of the government and kidnapped the children anyway — breaching divorce contracts, ignoring court orders and violating U.S. laws they had agreed to uphold.

So, this cannot be dismissed as some foreign government's unjust quest to intrude on something that is a "family matter." This is about Japanese citizens lying in courts of law, breaching contracts and violating statutes after promising not to.

Excuse #3: These women are all fleeing domestic violence.

This is an offensive, racist generalization that tries to portray all foreign males as aggressive, bullying barbarians. In fact, it is often the abductor who is the abuser, absconding with the children so that he/she can continue to exert an abnormal level of control over the kids without the inconvenience of having to deal with an ex-spouse's involvement. The United Nations Convention on Child Rights has held that parental child abduction is child abuse, and this has been corroborated by child psychology experts from many countries.

• Excuse #4: These are not really abductions. The parents are merely coming home to Japan.

Perhaps Japan was the abducting parent's original home (where the abductor grew up), but "home" for the children was the country where custody had already been decided, i.e. where the children had been living at the time of the abduction. So this "coming home" argument is specious and hypocritical.

The government tries to convey that it is justifiable for Japanese parents to "take kids home to Japan" (tsure-kaeri or tsurete-kikoku), but when a foreign parent takes the children to another country (that parent's home country), the Japanese call it kidnapping (tsure-sari) or abduction (rachi). The Japanese government and media behave duplicitously every time they pretend these unilateral relocations (relocating without permission from the other parent) are not the same thing.

Instead of describing both situations only as tsure-sari (or only as tsure-kaeri), the Japanese government cleverly (and intentionally) uses different sets of words that convey two totally different meanings depending on who the kidnapper is.

• Excuse #5: It is Japanese culture to "flee to Japan" after a divorce.

In most of these abduction cases, there were voluntary divorce contracts and court-ordered custody agreements in place at the time of the kidnapping. I do not think that all Japanese citizens would agree that it is an accepted aspect of Japanese culture to break contracts and to lie in a court of law ("No, your honor, I would never kidnap the children.").

Would Japanese corporations want to align themselves with this purported value system? Would they want to maintain that such untrustworthiness is a "Japanese" value?

Rather than defend this behavior, Japan should realize that it is bad for its international reputation to appear to condone lying, committing perjury and perpetrating fraud upon a court of law (whether the court is in the U.S., Australia, Colombia, France or any of the other countries whose envoys appealed to the Justice Ministry last month).

The Japanese government should not excuse and disregard its citizens' violations of law simply because the violations occurred in some other country. Neither is it in Japan's interest to establish the precedent that someone can sign a contract (divorce contract or otherwise) and, after collecting a substantial sum of money from the other party, flee from the contractual obligations by escaping to Japan and hiding behind the veil of "cultural differences."

Dr. Amy Savoie is the wife of Christopher Savoie. In August 2009, Savoie's children were abducted from the U.S. to Japan by his ex-wife. A few weeks later, he was arrested while trying to reclaim his children. Last month marked the one-year anniversary of his release from Yanagawa prison in Fukuoka Prefecture. Send submissions of between 500 and 600 words to community@japantimes.co.jp
コメント 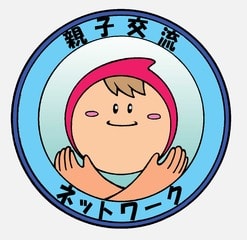