A fire broke out backstage in a theatre.

The clown came out to warn the public;

they thought it was a joke and applauded.

He repeated it; the acclaim was even greater.

I think that's just how the world will come to an end:

to the general applause of wits who believe it's a joke.

How to create the world ⇒ ✕

Reason for destruction of the world ⇒ ✕

How to destroy the world ⇒ 〇

Gives intelligence to one life form.

The only mistake kills everything.

To save all lives, for eternal peace,

You can kill one life.

They destroy the world

They pollute the world

They kill all lives

All lives are saved

By killing one life

By killing the life of one species

In less than 100 years, weapons that kill all humans in an instant will emerge.

If excellent scientists gather, it can be done in a month.

A murderer if you kill one person,

A hero if you kill a million people,

The one who killed all humans,

What is he called?

How is it treated?

What kind of sin does he have?

What kind of punishment will you give? 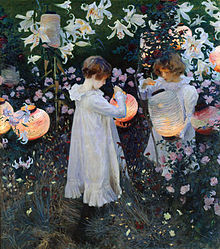