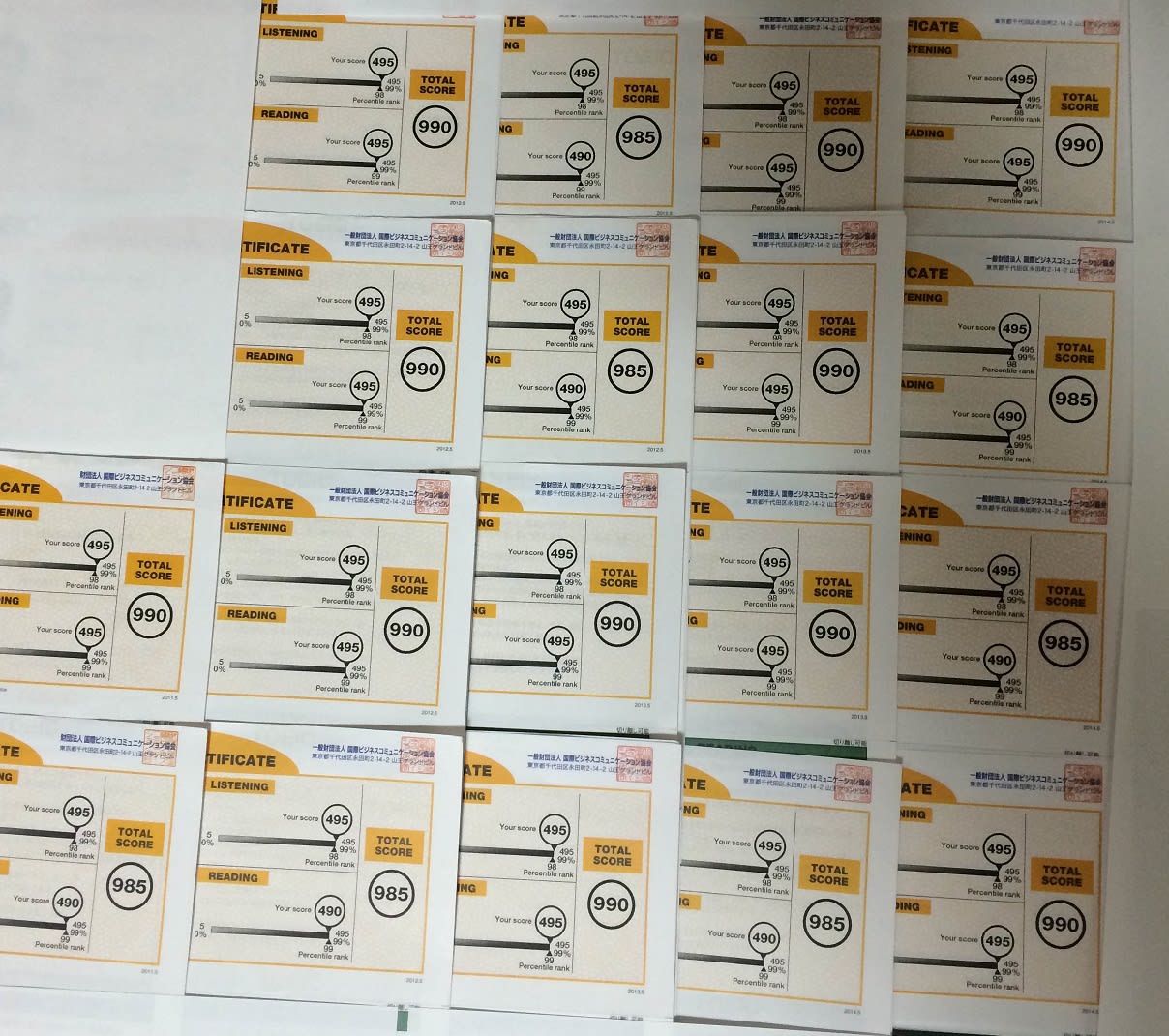 Until two weeks ago, a little before I started writing here again, I'd studied so hard for several months.

Not English but it was SJC-P, one of the vendor exams regarding Java, which has kept me being away from studying English.

Fortunately, after making great efforts, I passed the exam on Aug. 16th.

This is the Result Report

There were two simple reasons I decided to try the exam.

2. I saw someone saying it would take only ten hours or so to study in order to pass the exam on the web.

Later I found it terribly hard to remember thousands of things which weren't familiar to me at all although it was too late to change my mind. I'd already paid the exam fee.

It was not "ten hours to pass the exam" but "ten hours a day to study for several month".

Anyway, I'll never take such kind of exams again. The exam fee was 25,000 yen, about four times as expensive as TOEIC.

It might've taken a few years off my life.

Today is the last day of August.

It means the last day of Bokuchan's summer vacation. He's already gone to bed tonight. He might be a little disappointed in his dream because his pleasant summer has ended and his tedious school days will start tomorrow.

During this summer vacation, he didn't study a lot except for some homework. He enjoyed watching TV, surfing the tempting web sites like YouTube, playing with N-gauge or elaborate railroad train models. But this dull looking boy will turn to a super diligent boy tomorrow. At least I believe so.

Basically she is always arrogant or ibatteiru when with us.

She definitely is a Very Ibatteru Person.

As for me, I'm a Very Ijiketeru Person, maybe...

We went on a trip to Karuizawa, and also went to Nasu during their summer vacation.

We've spent a vast amount (?) of money so we're on a tight budget at the moment.

Give us some of your money instead of being sympathetic.

a little too cold

This morning it's chilly rather than cool.

Although it's sunny today, I can't help wearing a long-sleeved T-shirt this morning.

The weather report said the late summer heat would be severe this year. Can I count on that ? I really can't believe it.

I wonder if I can go to the swimming pool in Toshimaen again this weekend.

We became members of Toshimaen and already gone swimming there 7 times since the begining of this summer. As we didn't go there last week because of the weather, I'm starting to miss the women and girls in the swimming suits.

Whether I can lead a peaceful days or not depends whether she is smiling or erupting.

Of cource "she", in this case, is their mother or my wife.

Her volcanic activity gets stronger every three weeks or so.

In the last couple of weeks, she's been a silent volcano.