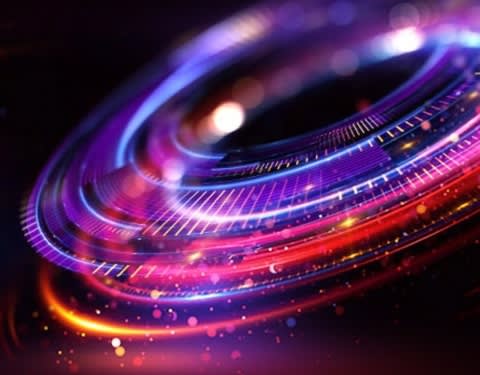 Enormous diversity of species is one of the remarkable features of life on Earth, the antisymmetric correlations in the Lotka-Volterra interaction matrix, together with simple spatial structure, are sufficient to stabilize extensive diversity of an assembled community.

the spatio-temporally chaotic “phase” should exist in a wide range of models, and that even in rapidly mixed systems, longer lived spores could similarly stabilize a diverse chaotic phase. 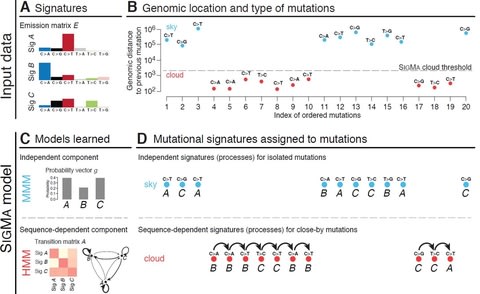 SigMa finds the most likely sequence of signatures that explains the observed mutations in sky and clouds.


□ Signac: an extension of Seurat for the analysis, interpretation, and exploration of single-cell chromatin datasets

Signac is currently focused on the analysis of single-cell ATAC-seq data, but new features will be added as experimental methods for measuring other chromatin-based modalities at single-cell resolution become more widespread. 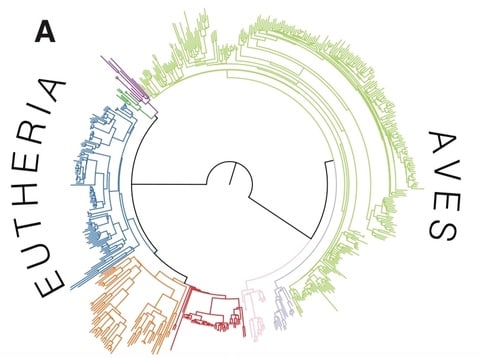 Cactus, a reference-free multiple genome alignment program, has been shown to be highly accurate, but the existing implementation scales poorly with increasing numbers of genomes, and struggles in regions of highly duplicated sequence.

Cactus is capable of scaling to hundreds of genomes and beyond by describing results from an alignment of over 600 amniote genomes, which is to this knowledge the largest multiple vertebrate genome alignment yet created. 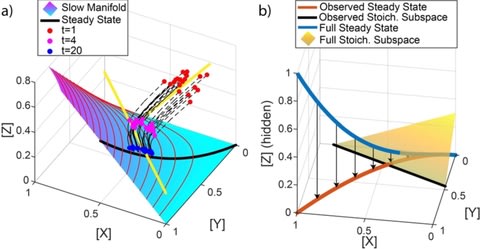 This application of toric theory enables a data-driven mapping of covariance relationships in single cell measurements into stoichiometric information, one in which each cell subpopulation has its associated ESS interpreted in terms of CRN theory.

For limit cycles, the expected geometry is not necessarily algebraic, although one could hope that the limit cycle is contained in an almost-toric manifold, so that our approach is still informative.

□ GePhEx: Genome-Phenome Explorer: A tool for the visualization and interpretation of phenotypic relationships supported by genetic evidence

GePhEx does retrieve well-known relationships as well as novel ones, and that, thus, it might help shedding light on the pathophysiological mechanisms underlying complex diseases. 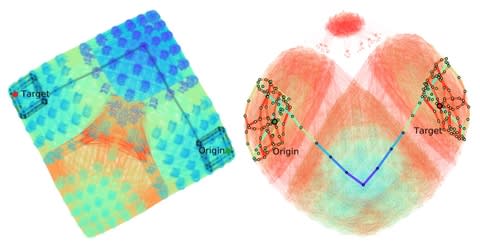 MEPSAnd, an open source GUI-based program that natively calculates minimum energy paths across energy surfaces of any number of dimensions.

Among other features, MEPSAnd can compute the path through lowest barriers and automatically provide a set of alternative paths.

BBKNN (batch balanced k nearest neighbours) is a fast and intuitive batch effect removal tool that can be directly used in the scanpy workflow. 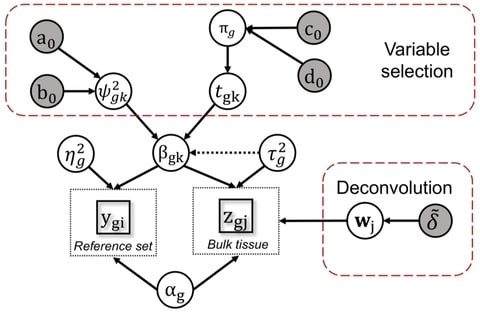 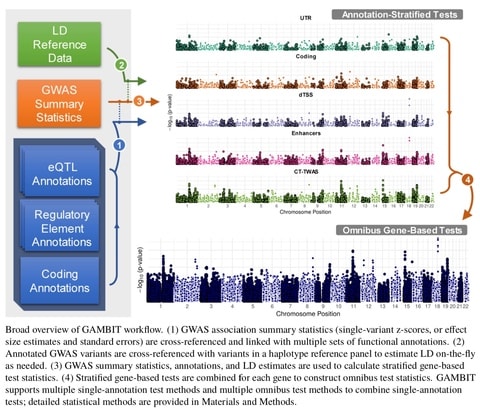 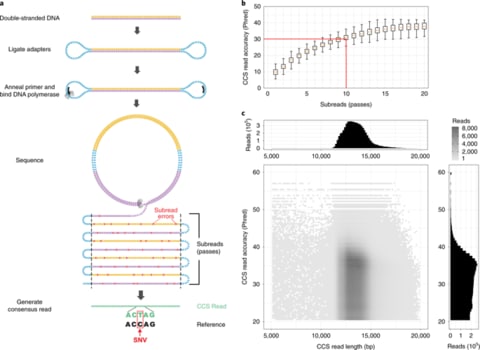 a smoothing-based method that allows strain-unique CpGs to contribute to identification of differentially methylated regions (DMRs), and show that doing so increases power.

Map reads to personalized genomes and quantify methylation. Using whole-genome alignment tools, such as modmap or liftOver, place CpGs from each sample into a common coordinate space.


□ The bio.tools registry of software tools and data resources for the life sciences

crosslink with portals such as ELIXIR TeSS (training resources) and FAIRSharing (data standards), in order to make navigation of the broader bioinformatics resource landscape more coherent.

Within a self-contained experimental batch (e.g. control versus treatment), the method of RNA isolation had little effect on the ability to identify differentially expressed transcripts.

For meta-analyses however, researchers make every attempt to only compare experiments where the RNA isolation methods are similar.

openTSNE is still orders of magnitude faster than other Python im- plementations, including those from scikit-learn and MulticoreTSNE

define the affinity model based on two Gaussian kernels with varying perplexity, use a PCA- based initialization, and run the typical two-stage t-SNE optimization.

And reusing the embedding to map new data into existing embedding space.

TCW provides support for searching with the super-fast DIAMOND program against UniProt taxonomic databases, though the user can request BLAST and provide other databases to search against.

While BERMUDA was originally designed with a focus on scRNA-seq data with distinct cell populations, it can also accommodate such data by adjusting the resolution in the graph-based clustering algorithm and the trade-off between reconstruction loss and transfer loss to align clusters at a more granular level. 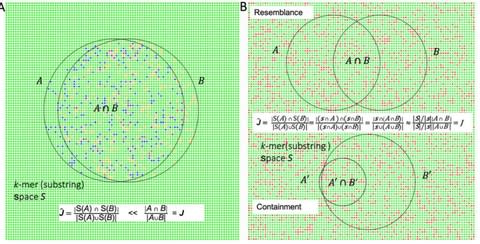 illuminating the Jaccard- and the containment-coefficients estimated by kssd are essentially the sample proportions which are asymptotically gaussian distributed.

Yanagi, an efficient algorithm to generate maximal disjoint segments given a transcriptome reference library on which ultra-fast pseudo-alignment can be used to produce per-sample segment counts.

LSX includes a reprogrammed version of the original LS3 algorithm and has added features to make better lineage rate calculations.

With DynOVis offering the implementation of dynamic network visualization, by providing the users with functionalities to highlight node expression changes and dynamic edges. 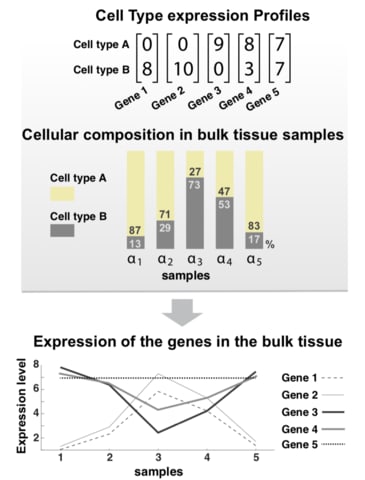 □ Untangling the effects of cellular composition on coexpression analysis

Beyond the implications for the goal of inferring regulation, the results have important implications for any use of expression data-based gene clustering or module identification in which the patterns are driven by cellular composition effects.

representation of the data as a network is potentially misleading, because it is tempting to interpret a network as representing physical relationships.

In particular, the idea that “hubs” in coexpression models are especially interesting is highly questionable if that pattern is simply a reflection of the cellular distribution of those transcripts.

a novel tool “purge_dups” that uses sequence similarity and read depth to automatically identify and remove both haplotigs and heterozygous overlaps.

The scaffold and contig improvements were more modest when purge_haplotigs was used: 221 scaffolds with N50 8.17 Mb, and final contig N50 3.48 Mb. This indicates that divergent heterozygous overlaps can be a significant barrier to scaffolding, and that it is important to remove them as well as removing contained haplotigs.


□ Mercator: An R Package for Visualization of Distance Matrices 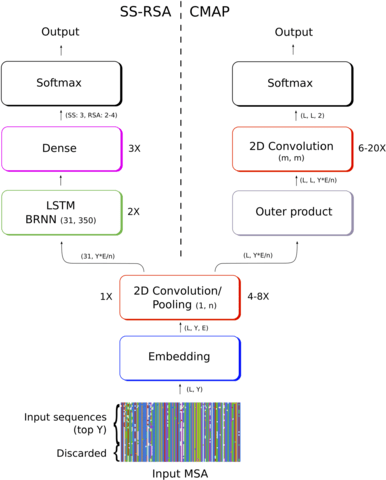 The core idea behind rawMSA is borrowed from the field of natural language processing to map amino acid sequences into an adaptively learned continuous space.

which they use to convert each residue character in the MSA into a floating-point vector of variable size.

This way of representing residues is adaptively learned by the network based on context, i.e. the structural property that trying to predict. And designing several deep neural networks based on this concept to predict SS, RSA, and Residue-Residue Contact Maps (CMAP).

To investigate the potential for interpretability in the VAE framework, implementeing a linearly decoded variational autoencoder (LDVAE) in scVI.

interpretable non-Gaussian factor models can be linked to variational autoencoders to enable interpretable analysis of data at massive scale.

DALMKL optimizes the dual augmented Lagrangian of a proximal formulation of the MKL problem.

DALMKL formulation presents a unique set of problems such as the conjugate of a loss function must have no non-differentiable points in the interior of its domain and cannot have a finite gradient at the boundary of its domain. 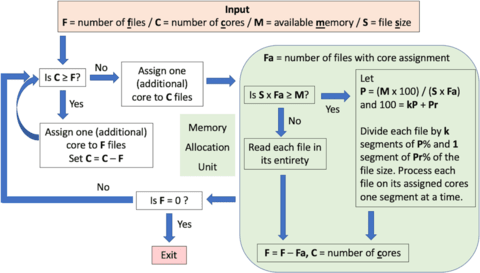 The Observational Health Data Sciences and Informatics (OHDSI) cohort definition system is comprised of: a visual interface (Atlas), a JSON serialization format, which converts this JSON to SQL that is suitable to a particular database compliant with OHDSI’s Common Data Model.

Query Combinators can address this unmet need by enabling the cost-effective construction of domain specific query languages (DSQLs) specific to a research team.

Runnie is an experimental basecaller that works in 'run-length encoded' space. Rather than calling a sequence of bases, where one call is one base, runs of bases (homopolymers) are called and so one call may represent many bases of the same type.

Run-length encoding separates a sequence into two parts: a run-length compressed sequencing containing only the identities of each run of bases, and the corresponding length of each run.

a de novo human genome assembly that surpasses the continuity of GRCh38, along with the first gapless, telomere-to-telomere assembly of a human chromosome.

This complete chromosome X, combined with the ultra-long nanopore data, also allowed us to map methylation patterns across complex tandem repeats and satellite arrays for the first time.

It uses Unitig-BWT data structure to index the unitigs of the de Bruijn graph of the reference sequences, and finds similar blocks between reads and reference through the index. 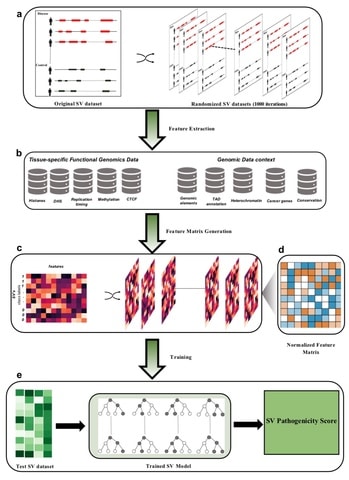 □ SVFX: a machine-learning framework to quantify the pathogenicity of structural variants

an agnostic machine-learning-based workflow, called SVFX, to assign a “pathogenicity score” to SVs in various diseases. 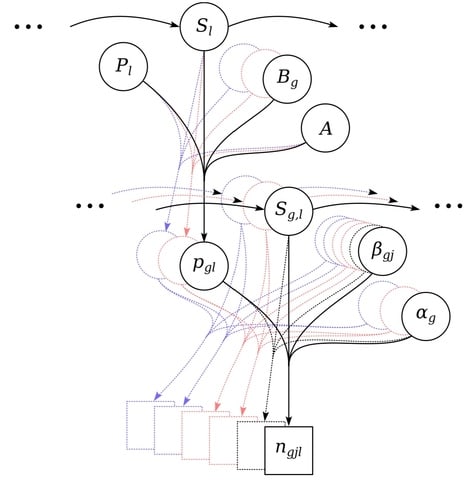 an extension of F-model to linked loci by means of a hidden Markov model (HMM) that characterizes the effect of selection on linked markers through correlations in the locus specific component along the genome.

An obvious draw-back of modeling the locus-specific selection coefficients as a discrete Markov Chain is that for most candidate regions detected, multiple loci showed a strong signal of selection, making it difficult to identify the causal variant.

a Convolutional Neural Network that assigns each residue in a multi-domain protein to one of 38 architecture classes designated by the CATH database.

□ SCATS: Detecting differential alternative splicing events in scRNA-seq with or without UMIs

By modeling technical noise and grouping exons that originate from the same isoform(s), SCATS achieves high sensitivity to detect DAS events compared to Census, DEXSeq and MISO, and these events were confirmed by qRT-PCR experiment.

‘SAMseq With Inferential Samples Helps’, or Swish, that propagates quantification uncertainty from Gibbs posterior samples generated by the Salmon method for transcript quantification.

BayMeth with SssI data performed best among the three configurations, but BayMeth with our modeled SssI data always did better than BayMeth run without any SssI estimate.


□ W.A.T.E.R.S.: a Workflow for the Alignment, Taxonomy, and Ecology of Ribosomal Sequences

WATERS employs Kepler system. Kepler system has a built-in database that allows calculations to be cached and stored internally rather than recalculated anew every time.