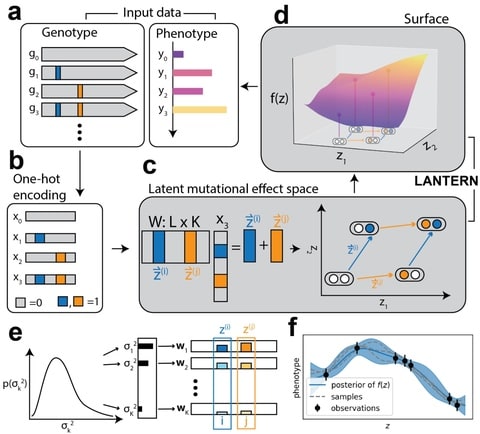 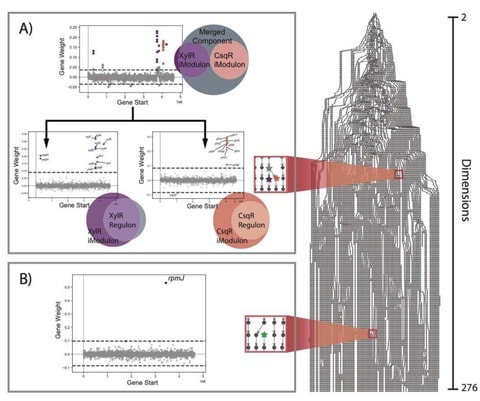 OptICA, a novel method for effectively finding the optimal dimensionality that consistently maximizes the number of biologically relevant components revealed while minimizing the potential for over- decomposition.

Validating OptICA against known transcriptional regulatory networks and found that it outperformed previously published algorithms for identifying the optimal dimensionality. OptICA is organism-invariant.

This turns out to be tractable enough for us to prove closed-form expressions for a variety of methods, including (open and closed) syncmers, (a, b, n)-words, and an upper bound for minimizers.

Colinear sets of k-mer matches are collected into chains, and then dynamic programming based alignment is performed to fill gaps between chains. This modification was to swap out the k-mer selection method, originally random minimizers, to an open syncmer.

GENIES (GENetic Entropy Information Spectrum) is a fully functional code, that has an easy to use graphical interface and allows maximum versatility in choosing the computational parameters such as SS, WS and m-block size.

Minimap2 v2.19 released with better and more contiguous alignment over long INDELs and in highly repetitive regions, improvements backported from unimap. These represent the most significant algorithmic change since v2.1. Use with caution. 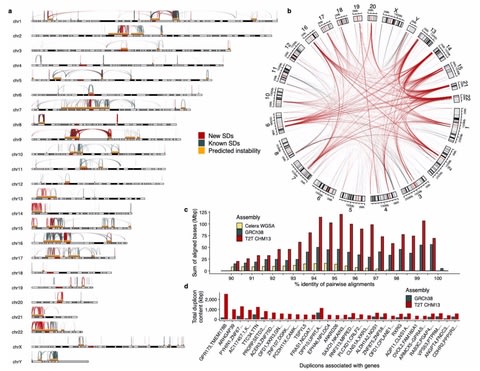 The vcflib toolkit contains both a library and collection of executable programs for transforming VCF files consisting of over 30,000 lines of
source code written in the C++. vcflib also comes with a toolkit for population genetics: the Genotype Phenotype Association Toolkit (GPAT).

Cell lineage tracking is important, and is actually pretty easy given the right tools.

Academics please check out our (FREE!) tool called "FIND Cell": you can digitize, organize, and verify your cell line info.

Hi-C Matrix Balancing (HCMB) is architected on an iterative solution of equations combining with a linear search and projection strategy to normalize the Hi-C original interaction data.

HCMB can be seen as a variant of the Levenberg-Marquardt-type method, of which one salient characteristic is that the coefficient matrix of linear equations will be dense during the iterative process. HCMB algorithm a more robust practical behavior on highly sparse matrices.

The computational complexity of the G2S3 algorithm is a polynomial of the total number of genes in the graph, so it is computationally efficient, especially for large scRNA-seq datasets with hundreds of thousands of cells.

MultiTrans is able to take into consideration coverage constraints on vertices and edges, the number of paths and the paired-end information simultaneously. MultiTrans generates more accurate transcripts compared to TransLiG and rnaSPAdes. 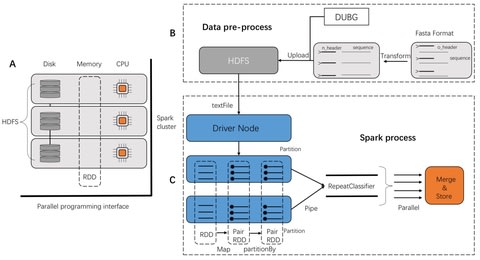 Spark-based RepeatClassifier (SRC) which uses Greedy Algorithm with Dynamic Upper Boundary (GDUB) for data division and load balancing, and Spark to improve the parallelism of RepeatClassifier.

SRC can not only ensure the same level of accuracy as that of RepeatClassifier, but also achieve 42-88 times of acceleration compared to RepeatClassifier. At the same time, a modular interface is provided to facilitate the subsequent upgrade and optimization.

By using priors as obtained by the dataset structures in the not just the experimental set-up batch, but also the same group of cells, BaySiCle improves accuracy of imputation to be that much closer to its similar alternatives.


□ nf-LO: A scalable, containerised workflow for genome-to-genome lift over

nf-LO (nextflow-LiftOver), a containerised and scalable Nextflow pipeline that enables liftovers within and between any species for which assemblies are available. nf-LO is a workflow to facilitate the generation of genome alignment chain files compatible with the LiftOver utility.

Nf-LO can directly pull genomes from public repositories, supports parallelised alignment using a range of alignment tools and can be finely tuned to achieve the desired sensitivity, speed of process and repeatability of analyses.

Self-reconstruction loss of an AE ignores rich useful relation information and might lead to indiscriminative representation, which inevitably degrades the clustering performance. It is also challenging to learn high-level similarity without feeding semantic labels.

Using pairwise similarity to weigh the reconstruction loss to capture local structure information, while a similarity is learned by the self-expression layer. 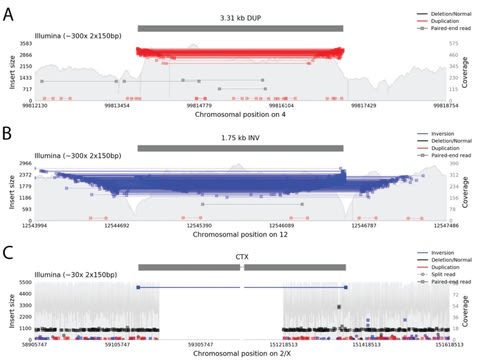 Samplot provides a quick platform for rapidly identifying false positives and enhancing the analysis of true-positive SV calls. Samplot images are a concise SV visualization that highlights the most relevant evidence in the variable region and hides less informative reads.

Samplot-ML is a resnet-like model that takes Samplot images of putative deletion SVs as input and predicts a genotype. This model will remove false positives from the output set of an SV caller or genotyper. 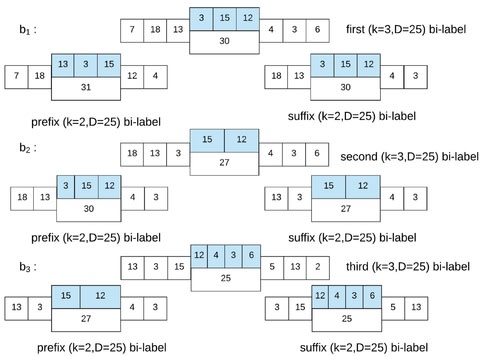 There the term bi-label refers to two k-mers separated by a specified genomic distance. The redefinition of the de Bruijn graph with this extra information was shown to de-tangle the resulting graph, making traversal more efficient and accurate.

RMAPPER successfully assembled the 3.1 million Rmaps of the climbing perch genome into contigs that covered over 95% of the draft genome with zero mis-assemblies.

diffBUM-HMM detects more differentially reactive nucleotides (DRNs) in the Xist lncRNA that are preferentially single-stranded A’s and U’s. diffBUM-HMM outperforms deltaSHAPE and dStruct in both sensitivity and/or specificity. 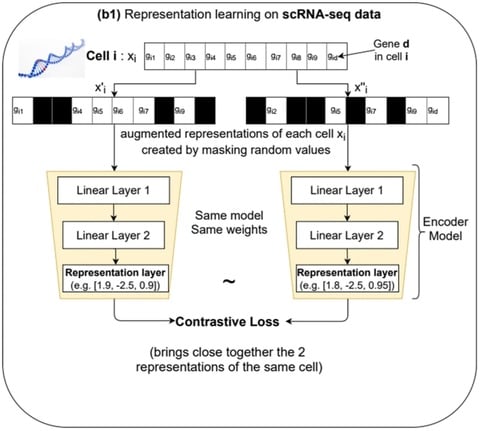 contrastive-sc maintains good performance when only a fraction of input cells is provided and is robust to changes in hyperparameters or network architecture.

contrastive-sc computes by default a cell partitioning with KMeans or Leiden. This phenomenon can be explained by the documented tendency KMeans has to identify equal-sized, combined with the significant class imbalance associated with the datasets having more than 8 clusters.

baredSC, a Bayesian approach to disentangle the intrinsic variability in gene expressions from the sampling noise. Bared SC approximates the expression distribution of a gene by a Gaussian mixture model.

They also use real biological data sets to illustrate the power of baredSC to assess the correlation between genes or to reveal the multi-modality of a lowly expressed gene. baredSC reveals the trimodal distribution.

GenomicSuperSignature matches PCA axes in a new dataset to an annotated index of replicable axes of variation (RAV) that are represented in previously published independent datasets.

GenomicSuperSignature also can be used as a tool for transfer learning, utilizing RAVs as well-defined and replicable latent variables defined by multiple previous studies in place of de novo latent variables. 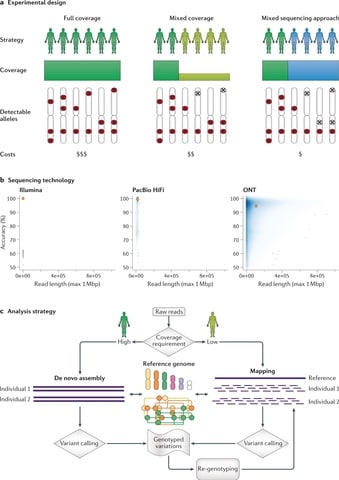 Sequences are clustered using mmseqs2 linclust to generate a set of proximate orthology relationships, producing a set of representative amino acid sequences in FASTA format. The E-values from the filtered hits table is used as an input for Markov Graph Clustering with MCL.

Formalising the principle by rigorously defining the evolutionary ‘novelty’ of a sequence within an alignment. This results in new sequence weights that called ‘phylogenetic novelty scores’.

This phylogenetic novelty scores can be useful when an evolutionarily meaningful system for adjusting for uneven taxon sampling is desired. They have numerous possible applications, including estimation of evolutionary conservation scores and sequence logos. 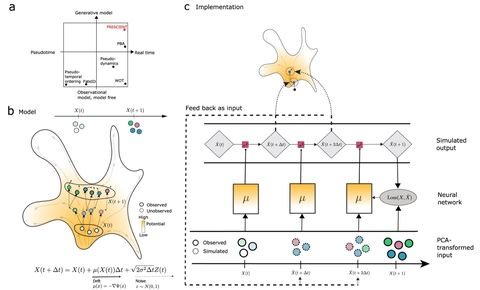 PRESCIENT (Potential eneRgy undErlying Single Cell gradIENTs) builds upon a diffusion-based model by enabling the model to operate on large numbers of cells over many timepoints with high-dimensional features, and by incorporating cellular growth estimates.

PRESCIENT’s ability to generate held-out timepoints and to predict cell fate bias, i.e. the probability a cell enters a particular fate given its initial state. PRESCIENT’s objective can be modified to maximize the likelihood of observing individual trajectories given lineage tracing data. By resolving the optimization problem of clustering, a weight matrix indicating the importance of features in different clusters is derived. CaFew filters out genes with small weight in all clusters or a small weight variation across all clusters.

With CaFew, the clustering performance of distance-based methods like k-means and SC3 can be considerably improved, but its effectiveness is not so obvious on the other types of methods like Seurat.


□ MiMiC: a bioinformatic approach for generation of synthetic communities from metagenomes

MiMiC, a computational approach for data-driven design of simplified communities from shotgun metagenomes.

MiMiC predicts the composition of minimal consortia using an iterative scoring system based on maximal match-to-mismatch ratios between this database and the Pfam binary vector of any input metagenome.

TIGA, a method for assessing confidence in gene–trait associations from evidence aggregated across studies, including a bibliometric assessment of scientific consensus based on the iCite Relative Citation Ratio, and meanRank scores, to aggregate multivariate evidence. 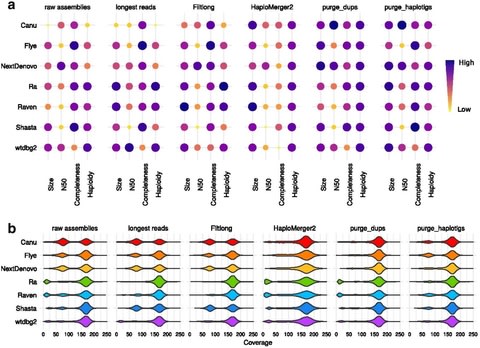 This metric reaches its maximum of 1.0 when there is no uncollapsed peak, in a perfectly collapsed assembly, whereas it returns 0.0 when the assembly is not collapsed at all. 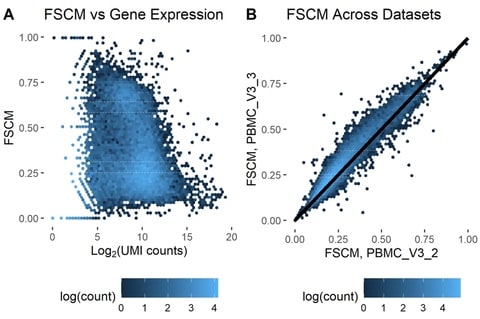 the naïve removal of duplicates can lead to a bias due to a “pooled amplification paradox,” BUTTERFLY utilizes estimation of unseen species for addressing the bias caused by incomplete sampling of differentially amplified molecules. 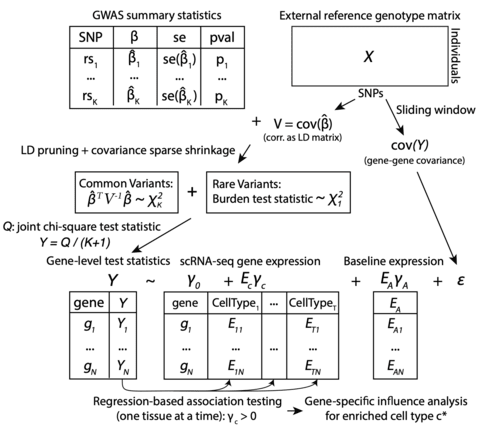 EPIC is the first method that prioritizes tissues and/or cell types for both common and rare variants with a rigorous statistical framework to account for both within- and between-gene correlations. eQTLsingle discovers eQTLs only with scRNA-seq data, without genomic data. It detects mutations from scRNA-seq data and models gene expression of different genotypes with the ZINB model to find associations between genotypes and phenotypes at single-cell level. 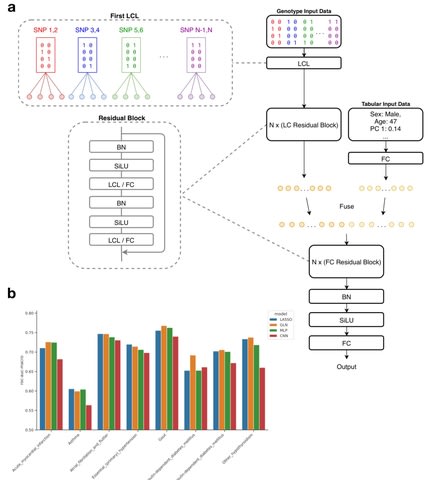 
□ Puffaligner : A Fast, Efficient, and Accurate Aligner Based on the Pufferfish Index

The aligner then chains together the collected uni-MEMs using a dynamic programming approach, choosing the chains with the highest coverage as potential alignment positions for the reads.