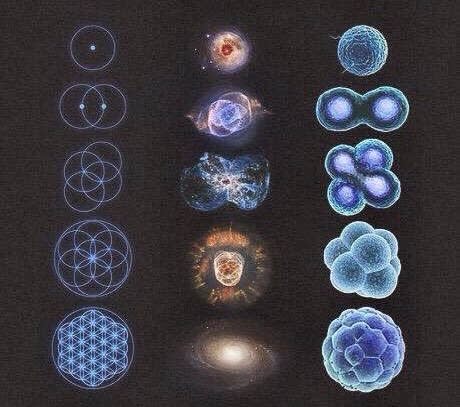 The stability of biological systems provided by the mechanisms of homeostasis is a sort of dynamic equilibrium, which assumes fluctuations in the values of system’s parameters within in a certain cycle.

Among the family of Sámi languages (of the indigenous groups of northern Norway, Sweden, Finland and Russia), several of the languages are already extinct or with very few and old speakers left, but efforts are being made to help revive some of them.

Aether’s replica nodes specified by the linear programming result are launched and placed under the control of a primary node, which assigns batch processing jobs over Transmission Control Protocol, monitors for any failures, gathers all logs, sends all results to a specified cloud storage location, and terminates all compute nodes once processing is complete. using Aether, 30 instances 1TB RAM/instance cost is $0.3/assembly, $471.60 for 1572 assemblies in 13 hours total.

a convex combination of the objectives as in eq. rather than formulating a multi-objective optimization problem & Pareto-optimal solutions. HECIL core algorithm could also be seamlessly integrated with other error correction algorithms that leverage short read alignments. 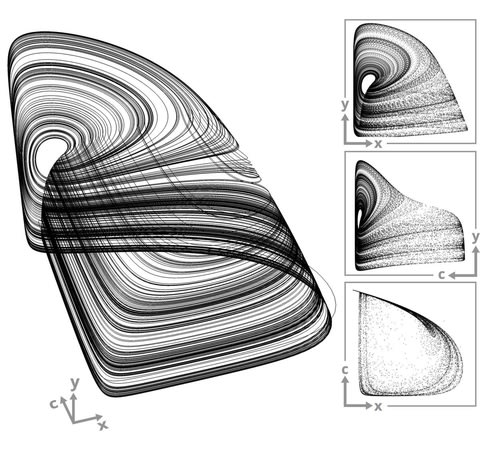 □ A phase transition induces chaos in a predator-prey ecosystem with a dynamic fitness landscape:

□ Complexity-Entropy maps as a tool for the characterization of the clinical electrophysiological evolution:

analyzing a sequence from a completely deterministic point of view, CLZ(Sn) also contains a notion of information in a statistical sense. This make it emerge a relation between the Lempel–Ziv complexity and the Shannon entropy. 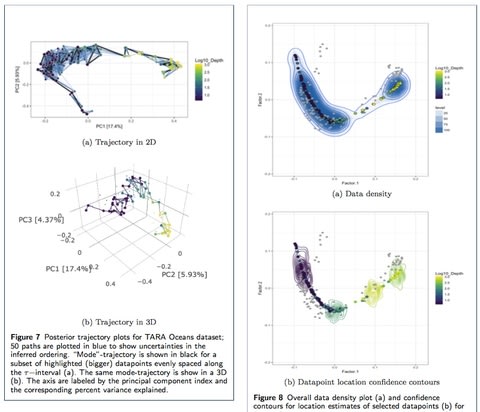 By statistically modeling dissimilarities and applying a DiSTATIS registration method to their posterior samples, and able to incorporate visualizations of uncertainties in the estimated data trajectory across different regions using confidence contours for individual data points. 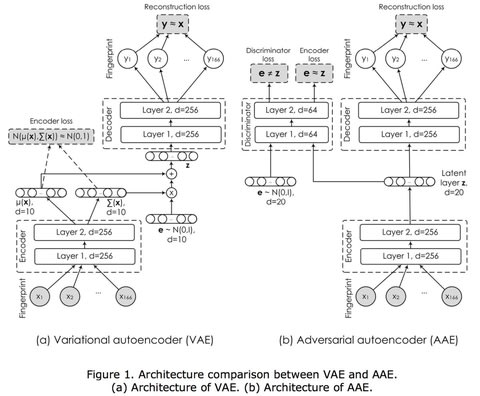 an advanced AAE model for molecular feature extraction problems and proved its superiority to VAE in terms of adjustability in generating molecular fingerprints; capacity of processing huge molecular datasets; and efficiency in unsupervised pretraining for the regression model.

a “Romulus and Remus” hypothesis of language acquisition and proposed that recursive language elements such as spatial prepositions were acquired synergistically with mental synthesis 100,000 years ago in one revolutionary jump towards modern infinite language.


□ Towards a scientific blockchain framework for reproducible data analysis:

The proponent deposits a pre-determined amount of probos coins to start a smart-contract-like mechanism which broadcasts her request to the PROBO network, where other researchers/labs (the verifiers) will evaluate the quality of the study and verify its reproducibility.

quantify the extent of differences in annotation of 424 million variants from multiple variant annotation DB, incl ClinVar, dbSNP & dbNSFP. a mechanism for expressing in a structured format the semantic nature between concepts and the provenance of such relationships would expand the richness of possible queries in a JSON­-LD ecosystem.

deep learning can be employed to significantly improve the performance of prediction (F-score > 0.75) for hard to predict GO categories such as the biological process and the cellular component, especially when the training set sizes are sufficiently large (¿ 500 proteins).

a fast approximate read mapping algorithm based on minimizers w/ novel MinHash identity estimation to achieve both scalability & precision. For mapping human PacBio reads to the hg38 reference, this method is 290x faster than BWA-MEM with a lower memory and recall rate of 96%. 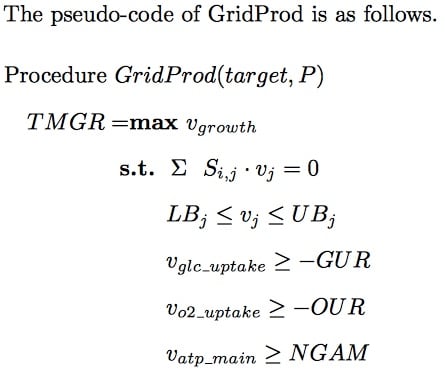 the paired-end reads from a total of 288 pools to the reference genome using BWA-MEM. Average fragment length of the paired-end reads was ~450 bp, with a standard deviation of ~98 bp. Using Valor, we reconstructed the clone locations, which showed an average clone length of ~140 Kbp and a standard deviation of ~40 Kbp. The Chicago method from Dovetail Genomics, TruSeq Synthetic Long Reads, and the CPT-Seq are other candidates for further VALOR development.


□ The language of geometry: Fast comprehension of geometrical primitives and rules:

Even for simple languages, Kolmogorov complexity is often difficult to compute in practice, because it involves examining, for each sequence, all the programs that compute it, a search that typically grows exponentially with the size of the sequence. Different methods have been developed to Kolmogorov complexity. One is to approximate it using standard file compressor such as Lempel-Ziv. 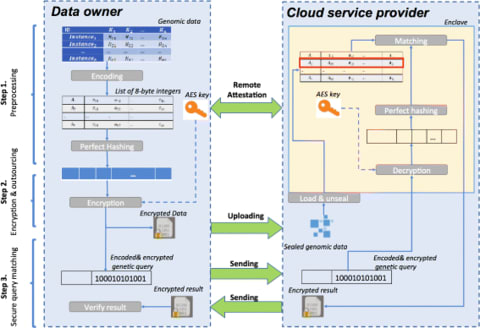 A compelling advantage of the frameworks is that most of the complexity related to the distributed infrastructure is abstracted by the HDFS storage system and the MapReduce programming model.

CARNAC is parameter-free, needs no pre-processing of the data and performs its clustering task while being very precise and thus reliable. a clustering technique that aims at finding cuts in graphs of read similarities in order to make a partition that separates subgraphs gathering similar reads, while taking account of the quasi-clique nature of these subgraphs. 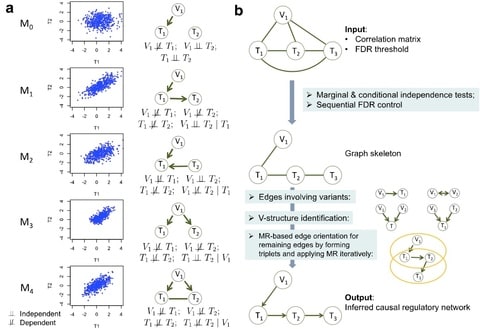 This method analyzes a data matrix with each row being an individual, and each column a genetic variant or a molecular phenotype. Like most causal graph learning methods, a key assumption behind MRPC is that there are no hidden nodes are connected to the observed nodes.

TRuML accommodates the languages’ complexities and produces a semantically equivalent model in the alternate language of the input model. Kappa language and the BioNetGen language encode types of molecules and their interactions as human- & machine-readable plain text as a name and a list of sites that can interact with other molecules’ sites or occupy one of a finite number of predefined states. 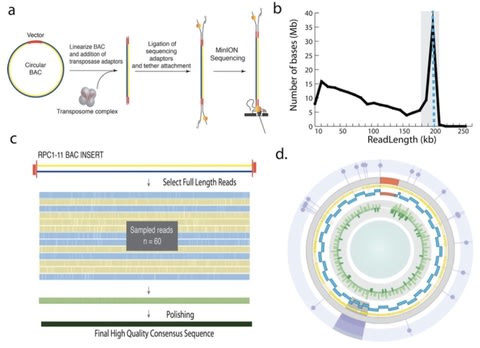 a long-read strategy to advance sequence characterization of tandemly repeated satellite DNAs. and focused on the haploid satellite array that spans the Y centromere (DYZ3) as it is particularly suitable for assembly due to its tractable array size, well-characterized higher order repeats (HORs) structure and previous physical mapping data.

the Bayesian Dirichlet equivalent uniform score may select models in a way that violates maximum entropy principle. In contrast, the BDs score proposed in Scutari does not, even though it converges to BDeu asymptotically. Maximum Entropy directly incorporates the information encoded in the hyper-prior w/o relying on large samples to link the empirical entropy. 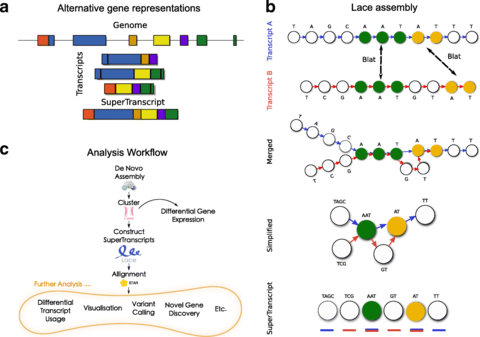 □ SuperTranscripts: a data driven reference for analysis and visualisation of transcriptomes:

superTranscripts provide a convenient way of looking at the coverage & expression levels of long-read data such as PacBio or Nanopore data. Lace works by building a splice graph for each gene, then topologically sorting the graph using Kahn’s algorithm. Lace annotates each superTranscript with blocks either by using the graph structure itself or alternatively using a script called Mobius.